Key Asbestos are UKATA-trained asbestos operatives who operate throughout Wimbledon, Southfields, Morden, or the wider areas of London. Our team has a wealth of experience in all aspects of asbestos management, including asbestos surveys, asbestos sampling and testing, asbestos removals, and asbestos abatement.

Our high-quality asbestos services are tailored around your individual needs. Whether you are a home-owner who needs asbestos sampling and testing because you are concerned about an asbestos garage or you are a large commercial organisation that needs an Asbestos Management Survey or Asbestos Demolition and Refurbishment Survey, we can assist. 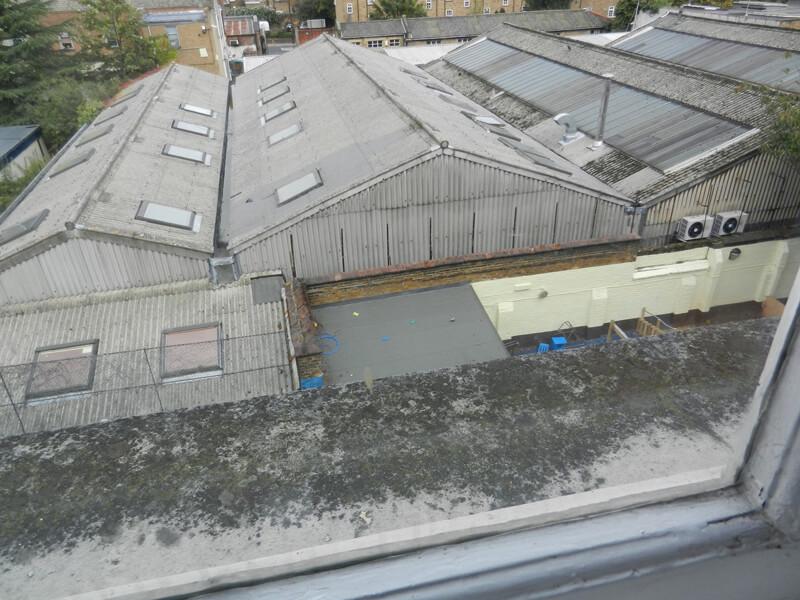 Asbestos services in and around Wimbledon

We work to deliver an exceptional level of service, with the safety of our team and customers at the forefront of all decision-making and asbestos work.

Our helpful asbestos operatives are always available to offer asbestos advice and help. For more info or for a competitive asbestos removal or survey quote, please call us now on 020 8288 4460.

Are you concerned about asbestos in Southfields, Wimbledon, or Raynes Park? Why is everyone so scared of asbestos? This is a fibrous mineral that was originally used widely in construction for its strength and insulation purposes. This material was banned in 1999 once it was discovered that it causes a number of potentially fatal diseases.

When asbestos fibres are disturbed the harmful fibres can float through the air and be inhaled. Therefore, it is essential to be aware of asbestos and the problems it could cause.

Everyone who uses a building built before the turn of the century is potentially at risk from asbestos but there are trades that a particularly vulnerable, due to the nature of their work, such as builders, roofers, carpenters, and electricians.

The good news? If asbestos remains in a good condition, the risk level is lowered and it can be carefully monitored. Asbestos is only dangerous when it becomes damaged or disturbed. The best way to ascertain the condition, type, and extent of asbestos containing materials (ACMs) is either through asbestos sampling and testing or asbestos surveys.

Every employer in Wimbledon is required by the Control of Asbestos Regulations 2012 to manage the asbestos on their property. This will require them to:

The best way of doing this is with an Asbestos Management Plan. If any part of the property needs to be refurbished or demolished, you will need an Asbestos Demolition and Refurbishment Survey, which is more intrusive. 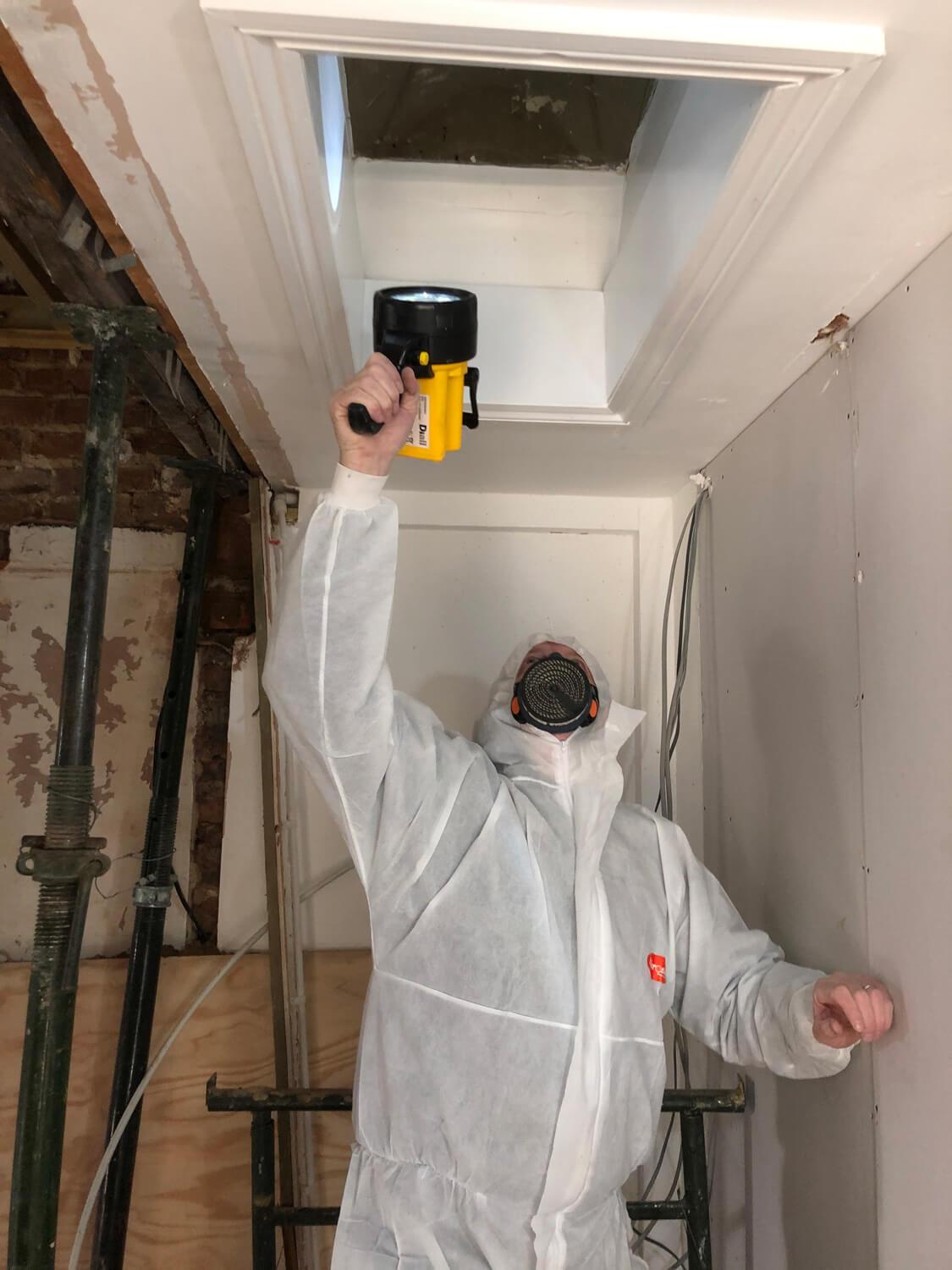 We have helped hundreds of property owners throughout Wimbledon and the nearby areas with safe and efficient asbestos removals, including asbestos garage and garage roof removals. Never attempt to complete this work yourself because some garages can contain more than one type of asbestos and it is often found in the cement or certain types of corrugated roofing that is common in garages.

For expert asbestos advice in Wimbledon, speak to us. We can be reached on 020 8288 4460 or via email at  key@keyasbestos.co.uk 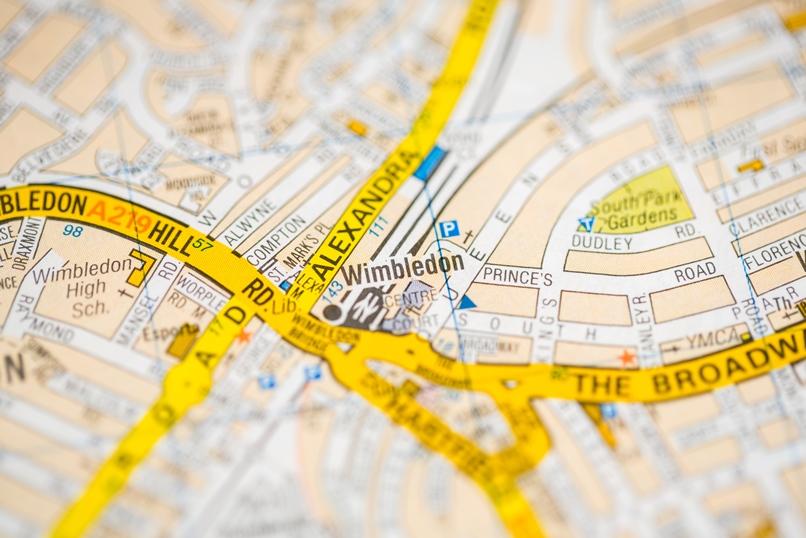 We remove asbestos from all locations including:

Asbestos garage roofs are one of the most common requests for asbestos removals. We can also remove asbestos garages, sheds, and outbuildings.

Asbestos can often be found in Artex and similar textured coatings. We can find out of asbestos is present and then advise if it needs to be removed.

This was commonly used as a fireproofing material and can be found in ceiling tiles, partition walls, soffits, window panels and in other spaces.

Lagging on boilers and pipes and loose fill insulation Wimbledon

Asbestos insulation can often be found around pipework and in spaces such as cavities in lofts or below floorboards. If damaged, or you are planning to do work, this will need to be encapsulated or removed.

Asbestos cement was widely used in water tanks and flues. We are experts at removing asbestos from all spaces, including water tanks, with as little disruption to your property as possible.

Warm air heating systems are an alternative to boilers and radiators and are where air is circulated via ducts. These systems were very popular in the 1970s and 80s and often asbestos was used in the ducts. If you have asbestos present in your warm air heating system, boiler, or airing cupboard, our professional asbestos removers can get rid of it for you.

During the 20th century, asbestos was widely used by cabinet makers in cupboards, such as airing cupboards. Asbestos insulating boards (AIB) was commonly used as a fire-proofing material. Generally, it is not easy to identify an asbestos product within the home and asbestos fibres can only be seen under the spotlight, so never attempt to remove insulation board or textured coating yourself. They should always be removed by a licensed contractor.